Back
Tool for plasterer
All applications
Levitating Eiffel To… 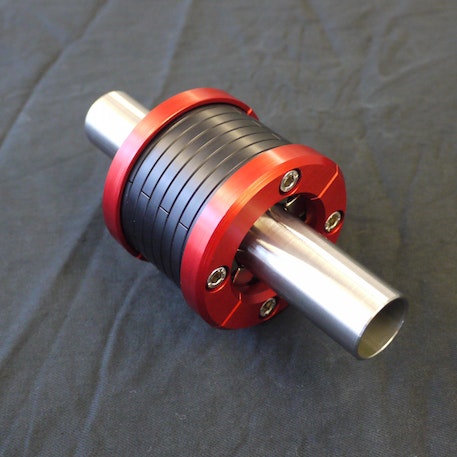 With 8 block magnets of the type Q-40-10-10-N we built a PMQ prototype (Permanent Magnet Quadrupole) at the University of Bern. The magnets were arranged in a Halbach cylinder in order to create a quadrupole field. This is comparable to the application Building a Halbach array, but in our case the array was arranged in a circle, not in a straight line.
This application has led to a scientific publication - it can be downloaded as a PDF at the top right on the arXiv.
By measuring the magnetic field in the quadrupole with a Hall probe, the earlier simulations based on calculations using the FEM (finite element method) could be verified.
The products of supermagnete.de could measure up to our expectations. Following these successful tests, we constructed 4 more PMQs. 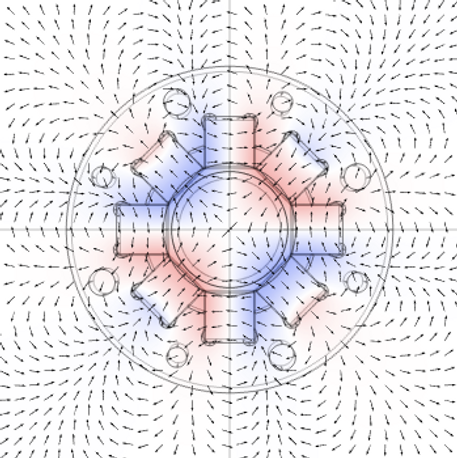 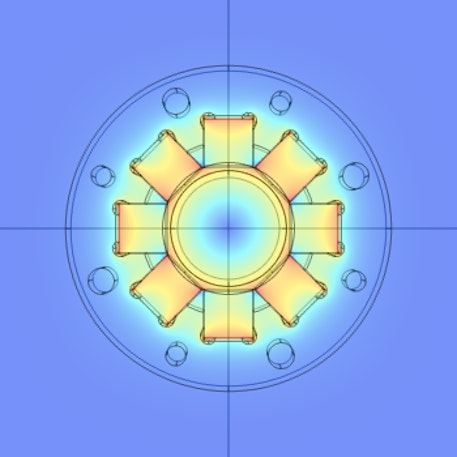 Value of magnetic flux density in the PMQ, colour scale from 0 (blue) to 1 tesla (red) 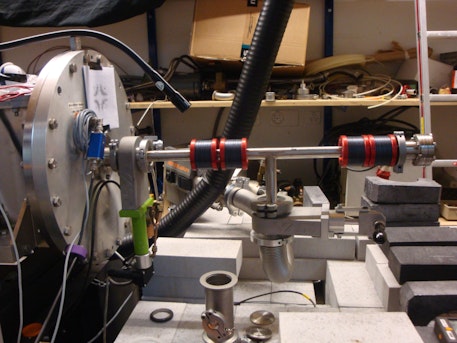 The 4 PMQ units, mounted on the accelerator
Mounted in series at correct distances from each other (as two FODO cells), these 4 quadrupoles serve to focus an H- ion beam, which is provided by our particle accelerator. The focused beam has a high intensity when hitting a fixed target, thereby leading to higher interaction rates in the target material. 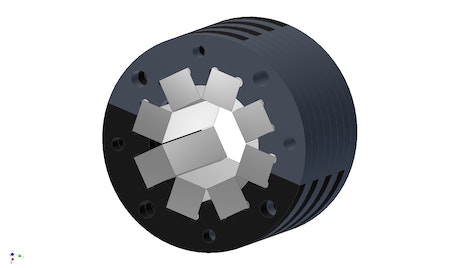 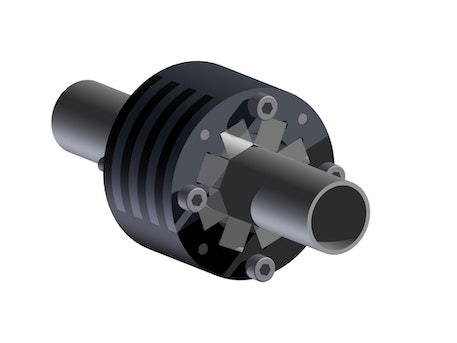 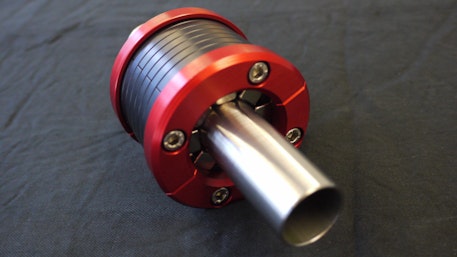 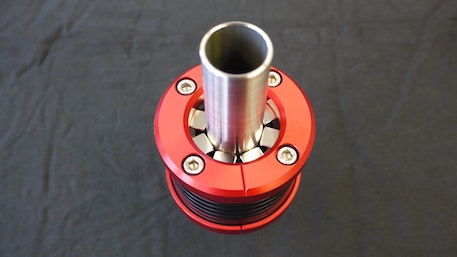 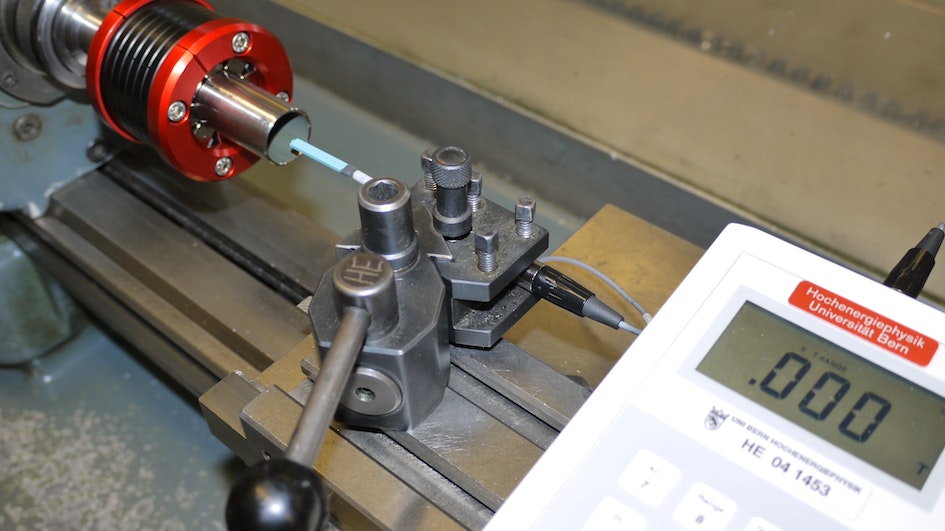 In this application, we made use of the Lorentz force. This force acts upon charged particles that move through electromagnetic fields. It consists of two components, the electric and the magnetic component. The first component acts in the direction of the electric field. The second component, however, acts perpendicular to the magnetic field and the particle trajectory. This means that the charged particles may be accelerated using electric fields, and deflected using magnetic fields.
If one considers the movement of just one charged particle in a magnetic field, the so called three finger rule may be applied.
There are many applications that use the Lorentz force, for instance electro motors, bicycle dynamos or loudspeakers. Needless to say, there are also many applications in particle physics: In accelerators, magnetic multipoles are used to manipulate the particle beams. Dipoles (2 poles) bend the particle trajectory, quadrupoles (4 poles) focus the beam in the horizontal direction while defocusing the beam in the vertical direction, or vice versa. Thus, one can only focus a beam in one direction at a time. However, if one chooses clever distances between the quadrupoles, it is possible to obtain a so called beam waist at a certain point in the particle beam. At this point, the cross section of the beam becomes minimal. Note that this does not violate Liouville's theorem.

Collecting iron powder on the beach 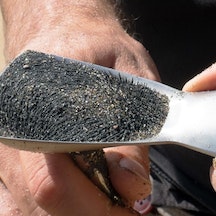