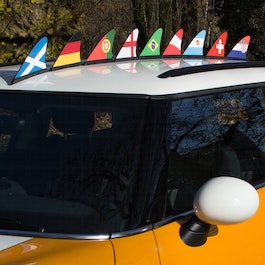 magnetic flag for the car

With this original fan fin, you can show which country you are rooting for when you are "on the road". The fan fin is the sturdy alternative to car flags, rearview mirror covers and the like.
With its aerodynamic and unique shape, it will be the eye-catcher on your car. The magnet attachment allows for an easy and secure placement on the carriage, roof or rear.
Product details:


We still have a bunch of German fan fins for the World Cup - Get one now! 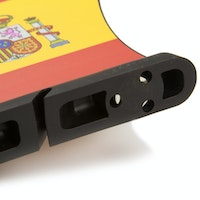 Three disc-shaped neodymium magnets are embedded in the base of the fan fin and ensure that the fan article stays secured even at high speeds. 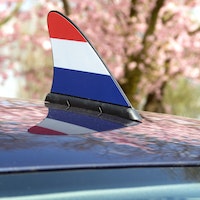 Since most car roofs are made of steel sheet, the fan fin attaches to most cars.
Unfortunately, there are also non-magnetic car roofs, such as on the Smart, for instance.

Please inform yourself before you order if your car roof is ready for a fan fin. 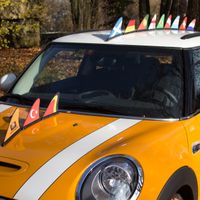 Do you prefer the classic shark fin on the roof, a prominent display on the bonnet, or rather on the rear?

The fan fin draws attention wherever you put it on your car. 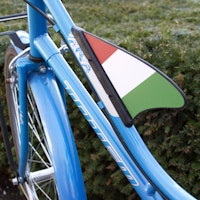 Fan fins everywhere!
Naturally, you can equip your bike or moped with the fan fin as well.
Make sure that your vehicle is made of metal. Carbon bikes can't have fan fins. 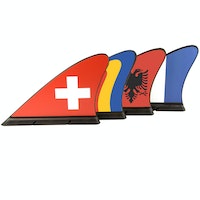 We have almost 30 different magnetic country flags to choose from (the model "Switzerland" unfortunately no longer). Show off what country your heart beats for! 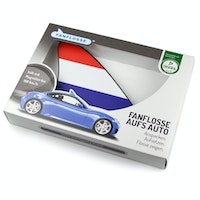 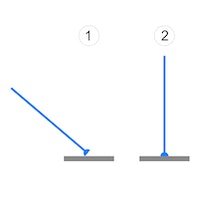 Before you attach it, make sure the surface is clean and free of ice.

Place the fan fin at an angle on the desired spot first before you straighten it up.

The fan fin has been approved by DEKRA up to a maximum speed of 180 km/h. We suggest the recommended speed of 100 km/h.

Remove the fan fin during strong winds or storms.

Legal tip: The fan fin counts as additional load, which the driver is responsible for. We or the manufacturer do not assume liability for any damages to the user or third parties resulting from a detaching fan fin.